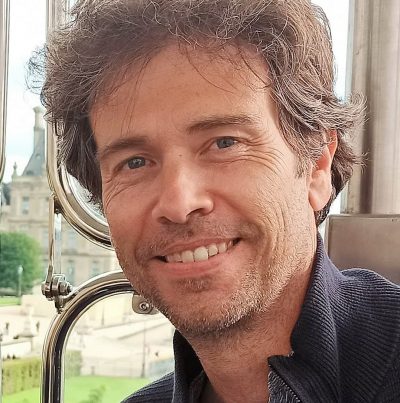 Prof. IHPP PAS Frederic Teppe was born in Noumea, New Caledonia, in 1976. He obtained his master and Ph.D. degrees from the University of Montpellier, France, in 2000 and 2003, respectively. His Ph.D. concerned the study of spin dynamics in diluted magnetic semiconductors by the time-resolved magneto-optical Kerr effect. In 2004, he did a post-doc on Terahertz plasma waves in two-dimensional electron gas at the Rensselaer Polytechnic Institute, Troy NY, USA. He obtained a permanent position as a CNRS researcher in 2005 at Charles Coulomb Laboratory, Montpellier, France. In 2013, he co-founded the company Terakalis based on the work of the Montpellier team on nano-transistor-based THz detectors. He then worked as a visiting Professor at Tohoku University, Sendai, Japan, and was promoted to the position of CNRS Director of Research in 2019. His current scientific activity is focused on the Terahertz spectroscopy of Dirac and topological materials by magneto-absorption, Landau emission, and by electron spin resonance.