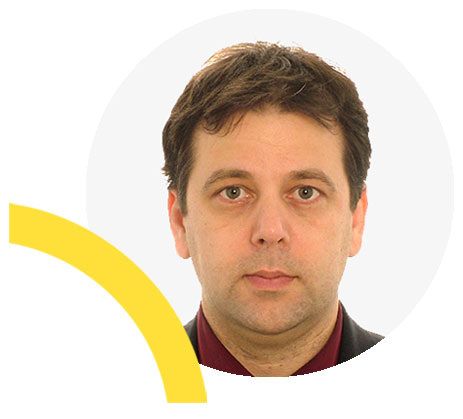 prof. IHPP PAS Alvydas Lisauskas received the Diploma in physics from Vilnius University in 1995, and the PhD degree from the Royal Institute of Technology, Stockholm in 2001. In 2002, he joined the Ultrafast Spectroscopy and Terahertz Physics Group at the Goethe University Frankfurt, Germany, working on novel semiconductor devices for THz applications.
From 2014, he is a professor and leading researcher at Vilnius University. From 2014 till 2016 he was a head of joint research laboratory on electrical fluctuations established between the Center for Physical Sciences and Technology and Vilnius University. Since February 2019, he joined CENTERA Project of the Institute of High Pressure Physics PAS, where he is leading a workgroup on THz electronics.
His research interests include photonic and devices for the terahertz frequency range, both physical and circuit-level modeling of semiconductor devices, including the development and application of terahertz imaging techniques.