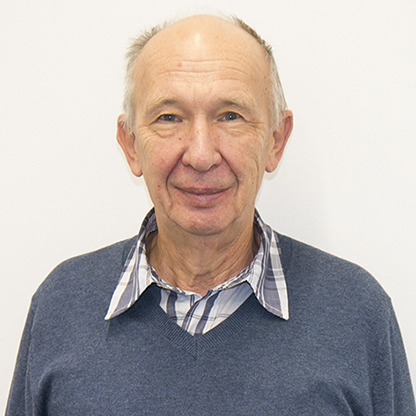 Prof. IHPP PAS Sergey L. Rumyantsev received the M.S.E.E. degree from Leningrad Electrotechnical Institute, Leningrad in Petersburg in 1977, the PhD degree in physics from the Leningrad Polytechnical Institute in 1986, and Mathematics in 1986, and the D.Sc. (Habilitation) degree in electronics from the A.F. Ioffe Institute of Physics and Technology, Leningrad, in 1996.
From 1977 to 1980, he was working in the A.F. Ioffe Physico-Technical Institute. From 1977 to 1989, he was working with Industrial and Scientific Corporation “Svetlana.” From 1989 to 2018, he is a Research Fellow of the A.F. Ioffe Physico-Technical Institute. From 1999 to 2018 he was a prof. at Rensselaer Polytechnic Institute, USA. From 2018 he is a professor of Institute of High Pressure Physics, Polish Academy of Sciences.
He published 200 papers in refereed journals, presented more than 200 invited, keynote, and contributed talks at international conferences, and authored, co-authored, or edited 7 books.
Area of the expertise includes carbon-based electronics (graphene and carbon nanotubes), terahertz electronics and wide band gap semiconductors (SiC, GaN).