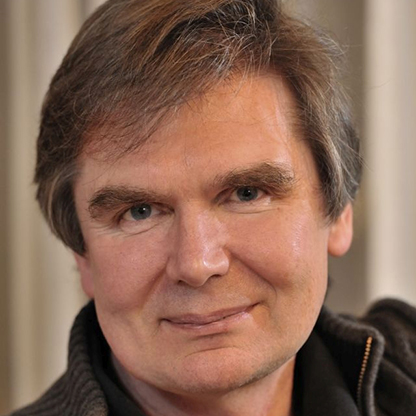 Prof. IHPP PAS Sergey Ganichev received the Master of Science degree and the PhD degree from the Leningrad Politechnical Institute, Russia in 1980 and 1984, respectively. In 1997 he obtained the Dr. hab. degree from the A.F. Ioffe Physico-technical Institute, St. Petersburg, Russia and in 2002 from the University of Regensburg, Germany. He has been working from 1980 till 2005 at the A.F. Ioffe Institute, St. Petersburg, Russia; from 1992 till 1994 at Munich Technical University as an Alexander von Humbold Fellow. Since 1992 he is working at the Institute for Experimental und Applied Physics at the University of Regensburg, Germany. His research interests are nonequilibrium and nonlinear phenomena in semiconductors at excitation by intense terahertz electric fields of high power far-infrared lasers, tunneling and photoelectrical phenomena in semiconductors and semiconductor structures, electron gas heating by radiation, detectors for infrared radiation, molecular gas lasers and terahertz spectroscopy.

His scientific activities were honoured in 1990 by A.F. Ioffe prize for a series of works on: “Submillimeter Spectroscopy of Semiconductors at High Excitation Level”, in 1999 by Ya.I. Frenkel Prize and Medal for work on: ”Tunneling Ionization of Deep Impurities in Semiconductors by Terahertz Fields” and in 2002 by Best Research Award from the Scientific Council of the Ioffe Institute for work on “Photo- and spin-galvanic effects in semiconductor nanostructures”.